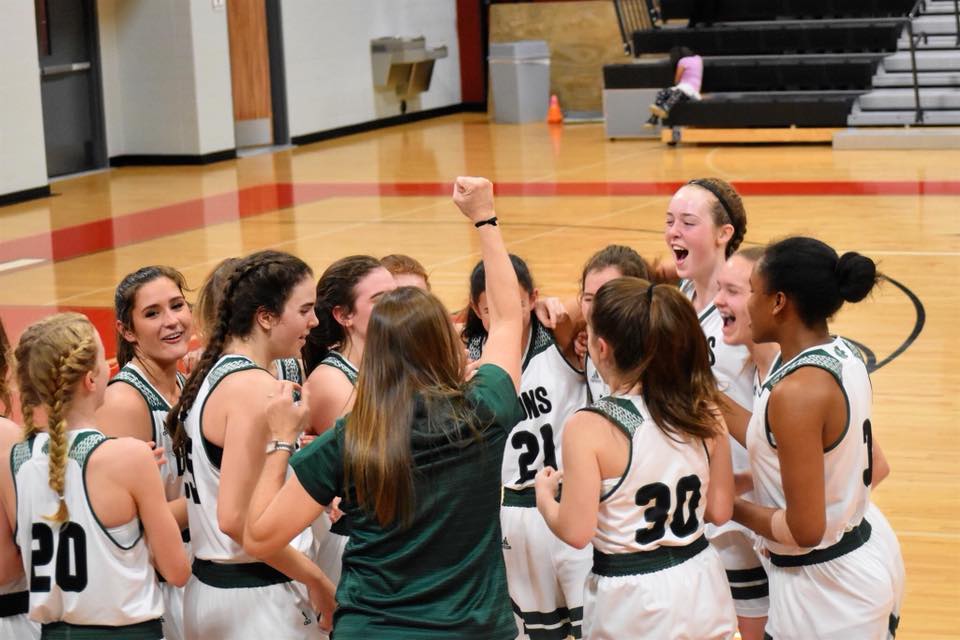 Legacy Preparatory Christian Academy girls’ varsity basketball team advanced in the playoffs after their win over St. Joseph Catholic School from Bryan last night. The 45-37 victory under Coach Audra May secured the 2A TAPPS District Championship for the team.

“Last night’s win and our district championship was the result of a lot of hard work, dedication, and coming together as a team,” stated Coach May.

Legacy Prep is a University-Model® (UM) school comprised of grades pre-kindergarten through 12th with 430 students. The school prepares students to be successful in college and life by providing a rigorous academic background that is rich in opportunities. Legacy Prep is a Christ-centered school that creates college-worthy, character witnesses for Christ.

Junior Anna Rosa Peterson, had the hot hand and led all scoring with 22 points. She was 9-12 at the free throw line which kept momentum in Legacy’s favor at critical points throughout the game.  Grace Morris was pressured all night long but still managed to deliver 15 points, several steals, and two clutch free throws to put the game away with 14 seconds left on the clock.  Adding to the win was sophomore Reagan Mace, with four points and freshmen Amaya Harrell and Caroline Freeman, with two points each.

According to Coach May, “We set goals at the beginning of the year to win, win district, and then win state. Our theme for the year is “Finish,” and that’s what we intend to do.”

According to Legacy Prep Athletic Director Clint McDonald, “What a win for our girls basketball program! This is the first ever team district championship for Legacy Prep. The school, parents, and Legacy Prep Athletic Department are very proud of Coach May and the team for all of their hours of hard work and preparation.”

If you would like more information on Legacy Preparatory Christian Academy, please visit www.legacypca.org. Upcoming informational meetings for the 2018-2019 school year are scheduled for February 26th and April 16th.