Barbara Nicholson Freeman brought thirty-six years of educational training and experience to NAUMS, Inc. in 2002 when she became its first Executive Director. Having served in both public and private schools, she believes the University-Model® is an excellent alternative in education. In her opinion, it is the best of the three options (public, private, University-Model®), especially for parents who desire time with their children combined with a quality educational program. Mrs. Freeman’s educational credentials include a B.S. in Elementary Education from Delta State University, a Master of Education, and a Master of School Administration, both from the University of Texas-Pan American. She holds Texas lifetime certification in teaching, instructional supervision, and school administration. Her K-12 experience includes thirty-three years in public education and seventeen years in Christian education. Prior roles include teaching, public relations director, federal programs supervisor, central office administrator, elementary and high school principal, and superintendent. Mrs. Freeman has two adult children and six grandchildren, three of whom attended Grace Preparatory Academy in Arlington, and 7 great-grandchildren. She is married to Chuck Freeman, a Fort Worth architect.

Dr. Marshall graduated from the United States Air Academy with Honors and a double major in Astronautical Engineering and Mathematics. He then went on to pilot training in Arizona and was selected as a first assignment instructor pilot. After various flying assignments, he eventually became a U-2 pilot and served as the squadron commander of the U-2 combat flying squadron supporting operations in Iraq, Afghanistan, and the Horn of Africa. He then served as the Chief of Operations for the Joint Center for Operational Analysis, Studies and Analysis Division, performing intelligence studies in Iraq and various issues, including the Global War on Terrorism. Dr. Marshall completed his 27-year military career as the Director of Safety for Air Combat Command, conducting accident investigations for combat aircraft in the U.S. Air Force. Dr. Marshall’s teaching experience includes his time as an Assistant Professor and Course Director in the Department of Mathematics at the USAF Academy. He has taught at the undergraduate and graduate levels for Embry-Riddle Aeronautical University and the Ph.D. level at Regent University. He also taught calculus and astronomy at Sandhills Classical Christian School in North Carolina and Coram Deo Academy in Texas. As the Head of School for Sandhills Classical Christian School, he led the school to full accreditation with the Association of Classical Christian Schools (ACCS), and as the President of Coram Deo Academy, he again led the district and largest classical Christian school in the nation to accreditation in ACCS. Dr. Marshall holds a Master’s degree in Applied Mathematics from the University of Washington and a Master’s degree in Aeronautical Sciences from Embry-Riddle Aeronautical University. He also holds a Ph.D. in Organizational Leadership from Regent University in Virginia. Dr. Marshall has been married to Kendra for over 32 years, and they have two sons, Joshua (16) and Nolan (17), who now attend a University-Model® school in the tenth and eleventh grades, respectively. 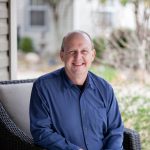 Dr. John W. Turner, Jr. serves as Senior Executive Officer of NAUMS, Inc, the parent corporation of University-Model® Schools International (umsi.org). He specializes in the Spiritual Formation and Family Ministry components.
John married Roxie in 1975. God blessed them with five children and, to date, seventeen grandchildren. From 1981 to today, John has been a pastor of churches, first in a full-time capacity and, since 1999, bi-vocationally as he also leads in other Christian ministries, including UMSI and Father’s House Educational Foundation, a ministry that builds and hosts group discipleship journeys to the Holy Land.
John and Roxie began their experience with the University-Model® (UM) in 1993 when they enrolled their oldest two children in the first school, Grace Preparatory Academy, Arlington, TX. Eventually, four of their five graduated from Grace Prep. Their fifth graduated by way of the Turners’ homeschool after the Turners moved from Arlington to Glen Rose. All five children are college graduates today.
From 1998 until 2004, Dr. Turner served as Grace Prep’s first Dean of Character Development. He is the author of the first (2001) and second (2017) editions of Character-Driven College Preparation, the foundational tool still in use to teach the mission and method of UM to all UMSI stakeholders. 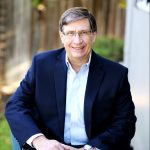 After completing a 43-year commercial banking career, Bart Cannon joined NAUMS, Inc. in 2016 as its Business Strategist. Bart serves NAUMS, Inc. in a variety of areas, including financial planning and analysis, research, and product development. Since 2003, he has taught undergraduate courses on Worldviews and graduate-level courses on Leadership at Dallas Baptist University. He has also written and published two inspirational books and a number of newspaper articles and Bible study guides. The Cannons have four adult children: Keri, Beth, Melissa, and Jonathan. During their child-rearing years, Bart and his wife, Karen, were involved with church-sponsored and private Christian schools, as well as public schools and home school cooperatives. Bart holds a B.S. degree in Marketing Administration from the University of Alabama and a diploma from the School of Banking of the South at Louisiana State University, as well as two Masters Degrees—an M.A.P.D. in Management and Church Leadership from Dallas Baptist University, and an M.A. in Theological Studies from Southwestern Assemblies of God University. 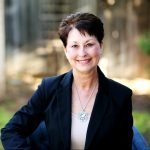 Karen joined NAUMS, Inc. as Academic Specialist after completing a stellar career in elementary education, including more than 20 years teaching in public schools and more than five years in private Christian schools, as well as home schooling and partnering with other parents in a home school cooperative. Karen also holds certifications in English as a Second Language (ESL) and dyslexia training. In her spare time, Karen enjoys nurturing flowers in her yard, traveling, and making memories with her husband, Bart, and four adult children: Keri, Beth, Melissa, and Jonathan.

At the age of seventeen, Amy Morren started her journey with a career in banking through a high school program with Business Professionals of America. Amy spent the next thirteen years working in various aspects of banking: teller, new accounts representative, accounts receivables specialist, and teller supervisor.

In 2000, she left the banking industry to start a family with her husband, Jeff. The Morrens placed a high priority on spending time with their children and instilling their faith and values in the next generation. As a result, when Emily, their first-born, turned five years old, Jeff and Amy started looking for something other than a traditional five-day classroom program.

They soon discovered Waxahachie Preparatory Academy (WPA) and enrolled Emily in 2007. Two months later, Amy began working for the school as Admissions/Registrar–a position she held until Emily graduated. Emily’s younger brother, Caleb also attended WPA from Kindergarten until his Freshman year. Amy fell in love with the University-Model® and began seeking a new passion. Two years later, this passion led her to the NAUMS, Inc. corporate office where she serves as Coordinator of Member Services.

Jeff serves as a Critical Care Flight Paramedic at Children’s Hospital in Dallas. He and Amy have been married for twenty-five years. Emily attends Dallas Baptist University (DBU), and seventeen-year-old Caleb, a homeschool student, loves to play basketball for his local homeschool organization and will be attending Navarro College and DBU his senior year of high school.

Amy’s family has been blessed by the University-Model® of education, and she looks forward to assisting new and existing members of NAUMS, Inc. 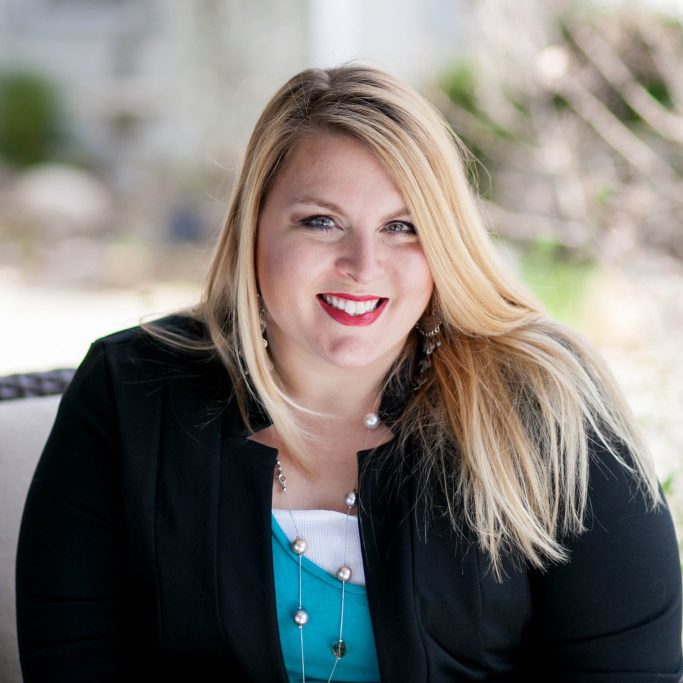 Jenny was first introduced to the University-Model® in 2011 when she began teaching AP English at Christian Life Preparatory School in Fort Worth. Jenny joined NAUMS, Inc. in 2013 and currently serves as Communication Specialist. She enjoys working with schools in teacher and technology training, as well as coordinating all things social media. She enjoys spending time with her husband Donnie, photography, making music, and traveling the world.

Ellen has dedicated her career to supporting parents as they educate and disciple their children. In 2005, she became the founding administrator at Veritas Academy in Austin, Texas where she continues to mentor parents and sits on the trustee board.
She earned degrees from Linfield College in Early Childhood Education and Psychology as well as a secondary teaching degree in Home Economics. She has helped developed three schools all with a focus on partnering with parents.
Ellen has been married to her husband Glen for 48 years and together they enjoy living out life nearby their adult children and grandchildren. She dedicates two days each week to teaching her grandchildren who attend Veritas Academy. Ellen and Glen have been guests on the Focus on the Family Podcast.
Ellen and her oldest daughter, Erin MacPherson, co-authored Free to Parent and Put the Disciple into Discipline. In addition, she and her husband co-authored A Spiritual Heritage: Connecting Kids and Grandkids to God and Family. Her most recent work, dedicated to University-Model® communities, is Every Parent’s Calling – to educate and disciple their child. 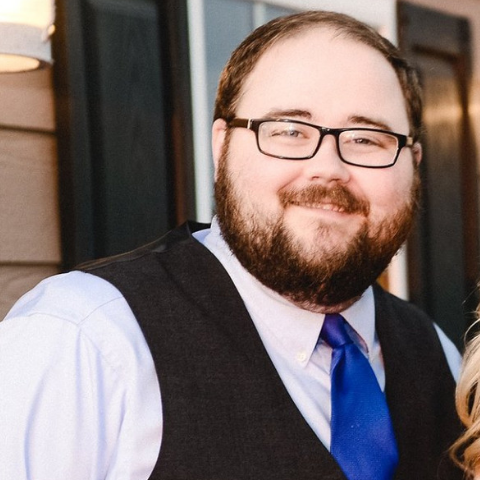 Donnie earned a Bachelor of Arts in Biblical Studies from Dallas Baptist University in 2010 and followed that with a six-month Youth Ministry Internship in England. He then worked as a Youth Minister at Arlington Community Church. Donnie and Jenny were married in 2014 and very quickly returned to the mission field, building a missional community in England with Greater Europe Mission. Donnie joined NAUMS, Inc. in 2018 and has been Operations Specialist since 2019. He enjoys spending time with his wife and son, building custom computers, reading, and playing games of all types. 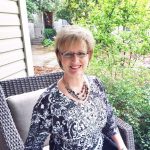 Pamela Oberg is the independent accountant for NAUMS, Inc., as well as Grace Preparatory Academy, a UMSI school in Arlington, TX. Mrs. Oberg is the founder and president of Oberg Enterprises, and she originally learned about the University-Model® when she served as a University-Model school “Mom” at Waxahachie Preparatory Academy. In addition to serving as the NAUMS, Inc. accountant, Mrs. Oberg makes presentations regarding finance, budgeting, and accounting during New School Workshops. As an accountant, Mrs. Oberg works in concert with the C.P.A. who conducts audits for NAUMS, Inc. and is a member of the Finance Committee. She presents all financial reports at Board of Trustees meetings and supervises the financial operations of NAUMS, Inc. (UMSI) National Conferences.

Dr. Christy Wilson has 25 years of educational experience that began in public school after graduating with her undergraduate degree in early childhood from Texas Christian University. She had the privilege of returning to the campus to work at the Starpoint School as an associate while completing her master’s degree in administration and special education. Dr. Wilson founded a school in 2004 that functioned part-time to support parents. This school transitioned to a University-Model® school and Dr. Wilson served as the Head Administrator and Dean of Academics for numerous years. Recently transitioning out of this position, she continues to consult for ACA and is enjoying serving as Director of UMSI Network of Schools. Christy has been married to her husband Allan for 23 years. They have 3 children: Allyson (20), Anelise (19), and Colton (14).

Jeff Cooper has spent the last 20 years leading high school/middle school students into the wilderness. He began a student ministry and adventure program at UMSI Spirit Christian Academy in California and later transferred these programs as essential pillars to the UMSI school Jeff founded, The University School, Colorado Springs. In 2009, Jeff established Venture Off to disciple and minister the gospel to students around the country using the wilderness. He is also a member of the NAUMS, Inc. Board of Directors. Jeff, his wife, and their three daughters live in Colorado Springs.